This wonderful and very highly decorated festival has a history of inviting the best piano players and orchesters wordlwide to play with the shown silent films. So it was a special honor being the first guitarist and singer, using also preparations on my guitar to accompany this last silent film that was shot in austria in 1930. I was invited by Karl Wratschko to break the ice for experimental music and silent film on the wonderful Piazetta Pasolini.  The film was shown for the first time on the newly restored 35 mm version. The protector was a machine built in the 1920´s working with old carbon lamps. So it was a smoking and hissing „machine performance“ with wonderful warm light in the projection. Open air with about 500 people watching and listening.

picture from the evening of the projection: 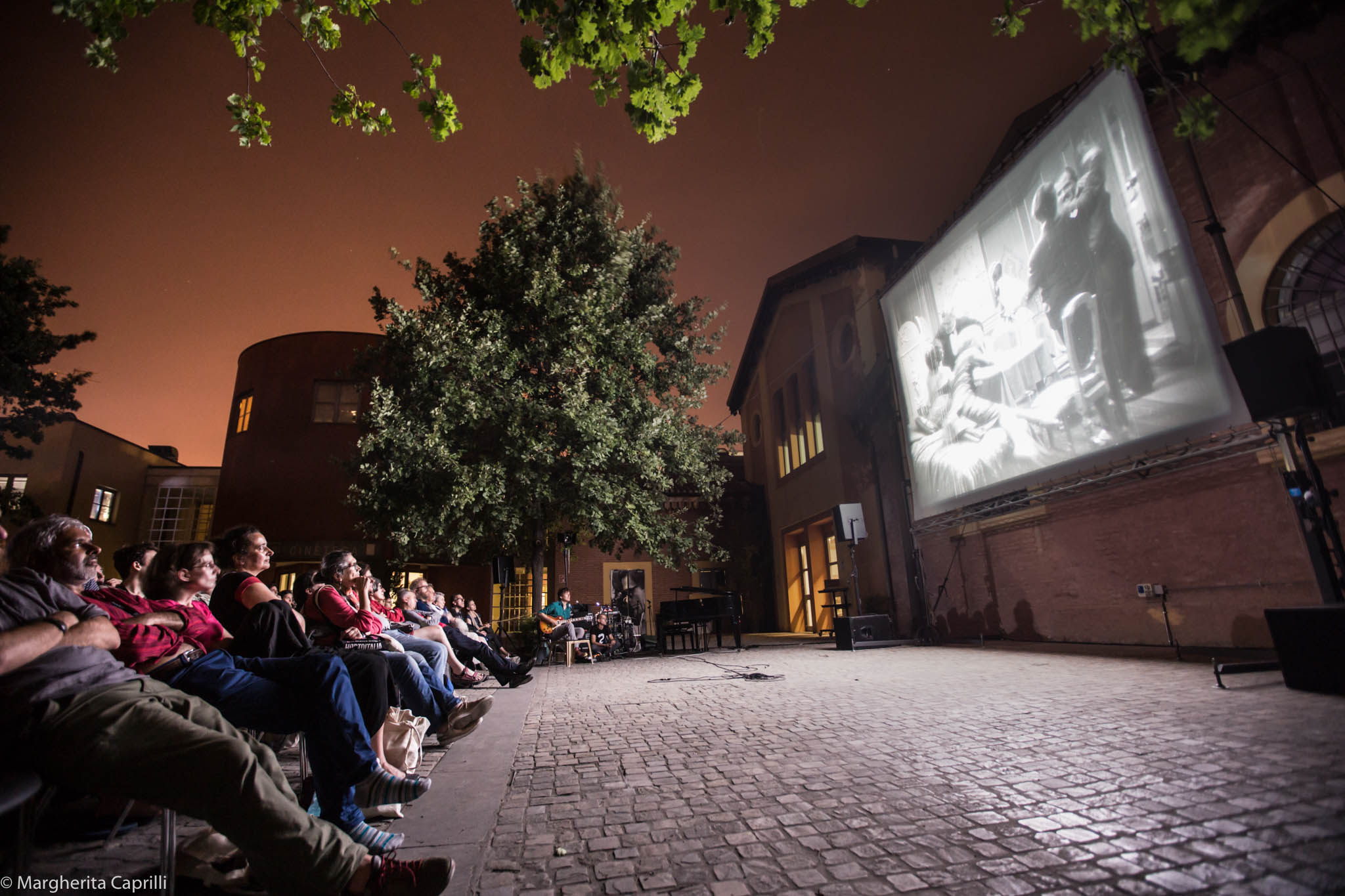 This project was also made possible by the clutural forum Milano and the BKA. Many thanks !

the piazetta during the projection 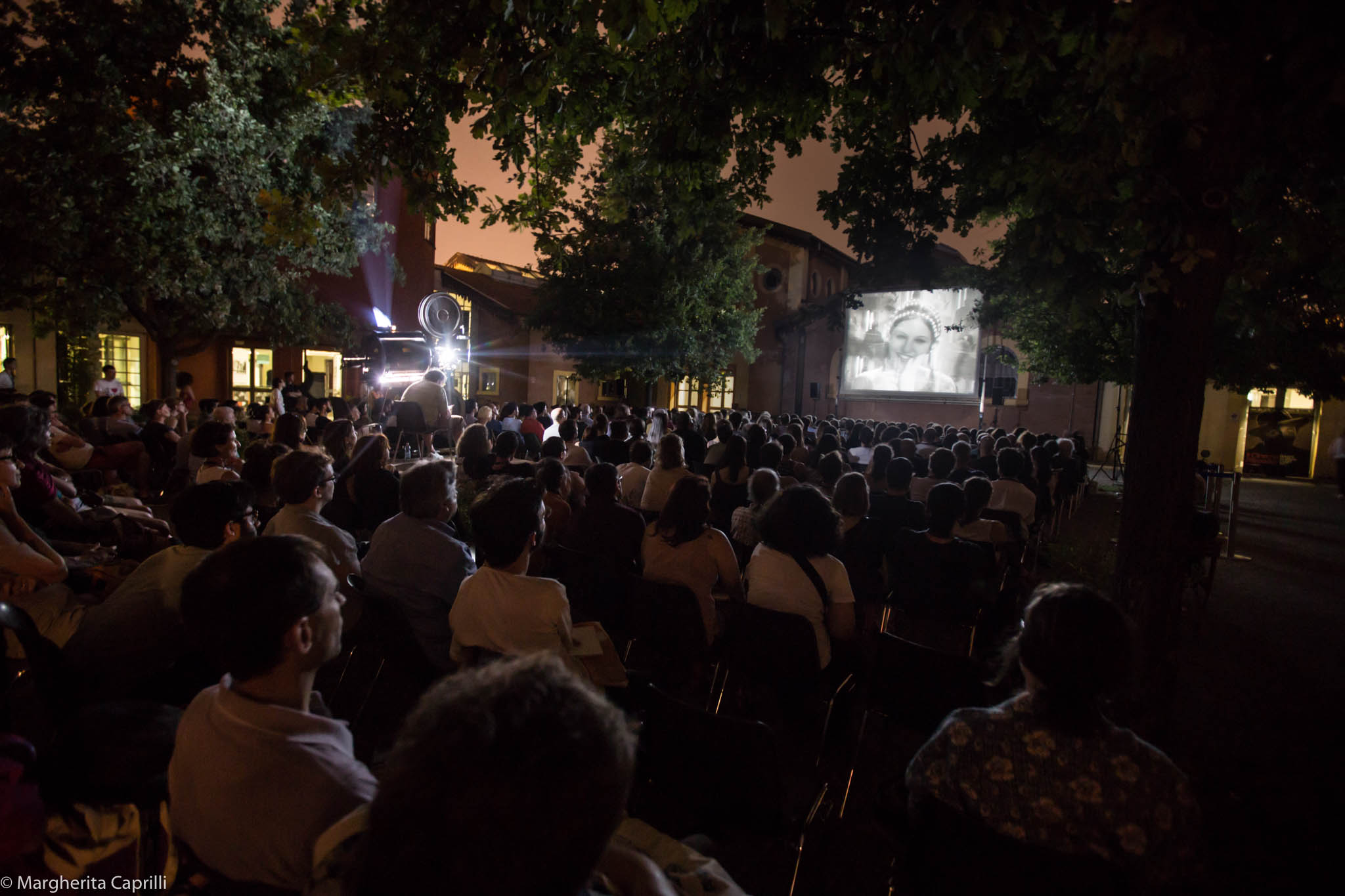 the wonderful projector from the 1920´2 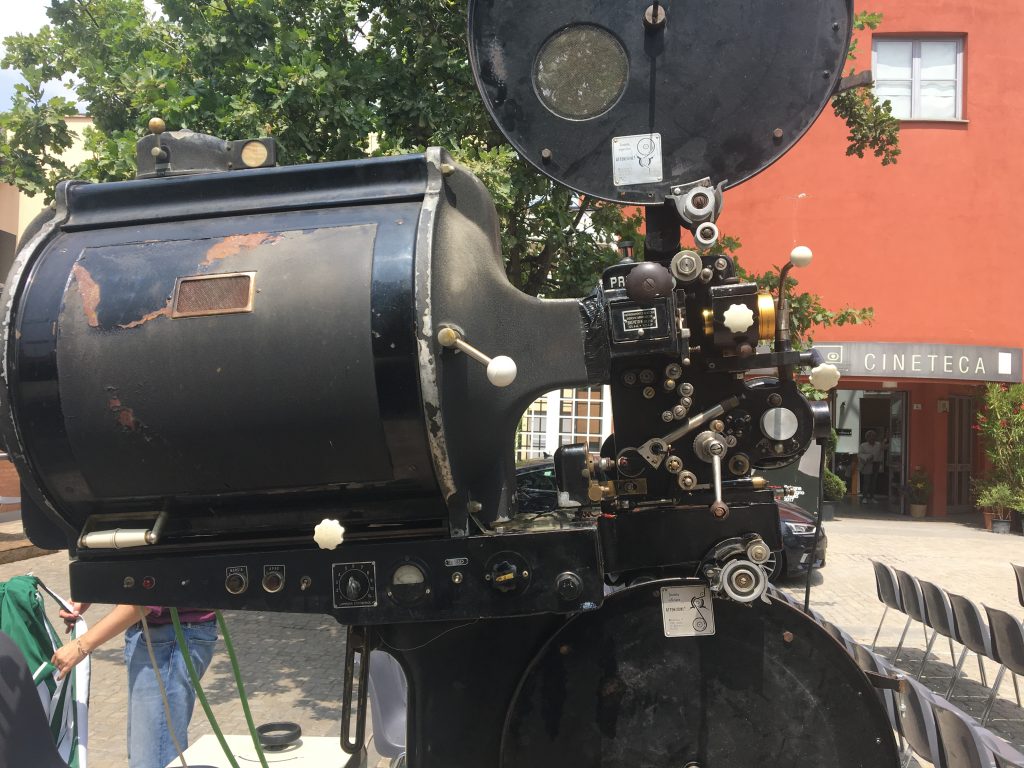