I am happy that my latest projects “God is a band” and “Die Scham” are online on my website now! Dammes made a wonderful trailer about the show, with really cool Music and picture morphings. We will do 5 live dates at the end of march in vienna again! check out the live dates here
Als “Die Scham” has been sold out on all its dates, and continues to be shown at the Volkstheater Wien, tickes and infos here 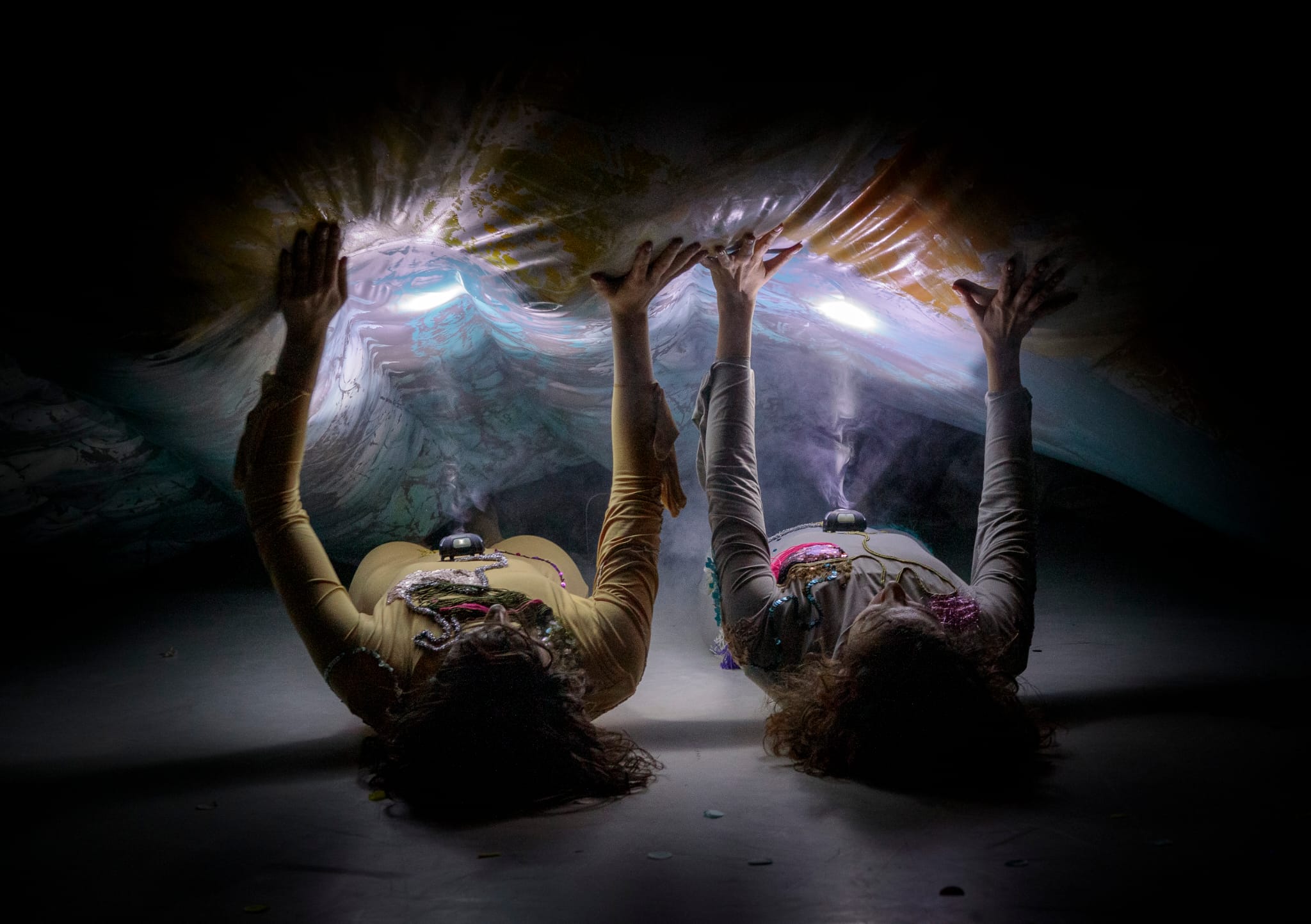 GOD IS A BAND 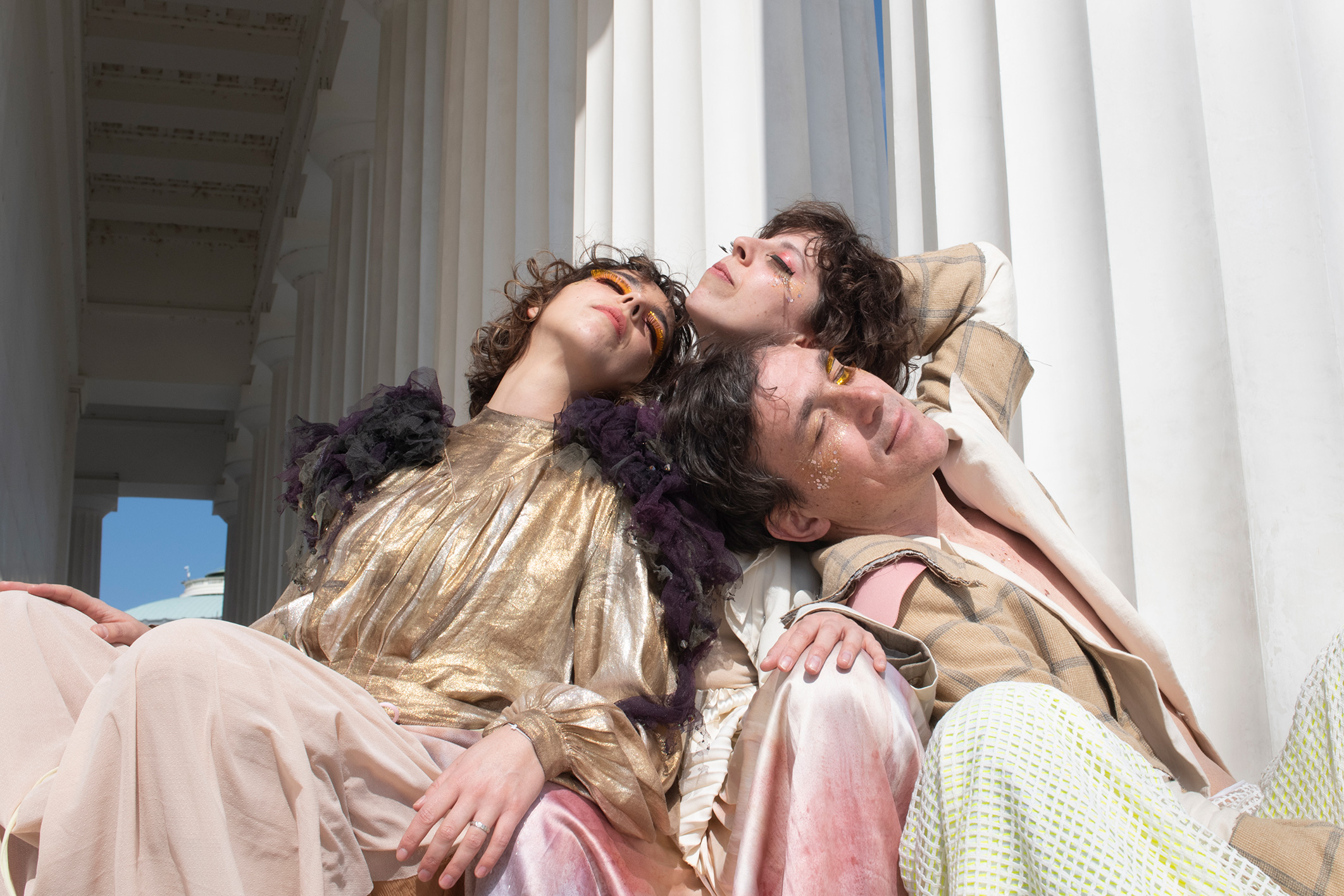 I am spending lots of time with the delightful “wolf collective”. We moved from Raum 35 into the Dschungel Studio today, set up our mountain, the PA and started to rehearse. It will be a real blast to perform this as it consist of lots and lots of music, dancing, crazy moves, funny soaps and more. We have fantastic costumes and a brilliant stage that Devi Saha designed and sewn. Rosa and Donna created a fantastic reconstruction of live, and we are soon gonna be ready for you.

You can book your tickets right here:dschungel tickets

I want to say thanks to the “Land Tirol” , MA7 Kultur Wien and BKA who supported the composition for this!

I am happy to announce the premiere of “Die Scham” at the Wiener Volkstheater. Another fruitful cooperation with Ed.Hauswirth. I have been inventing subtle and not so subtle musical parts for this ans its a pleasure to present this at the Dunkelkammer, a special small theater within the Volkstheater. Due to Annie Ernaux Literaturnovbelprice there is also a run on tickets – so be sure to save yours in advance.  here is the link with more infos, reviews, the cast and a short trailer.  link Die Scham   there is also a trailer 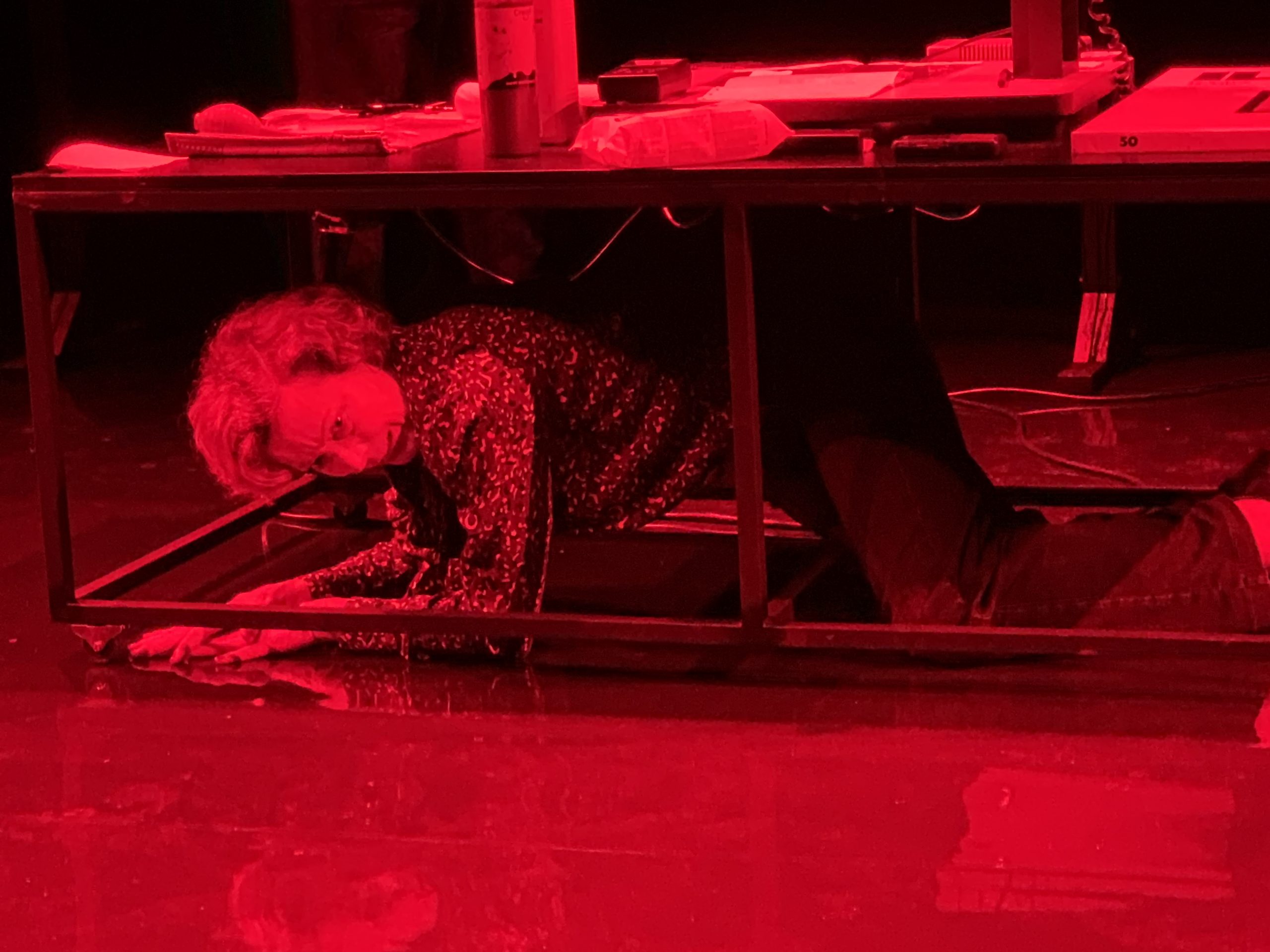 We are invited by our most loved Radiostation Ö1 again to do an “Autorenproduktion” for them. we continued out search after “Die Eroberung der Stadt” and came to a stop inside a big european museum.

The superb Sarah Zaharanski joined us and lend us her wide imagination and eyeopening voice for this piece. Many thanks !!

please visit my “aufsicht” subsite and check out a little video I did for it.

I feel very lucky and honored to have been invited to write music for “Da war ich nicht mehr da” a very personal, special, historically important new piece by Leni Plöchl. Even though we have known each other for a very short time, it felt close and good. The premiere is over already, but Werk X announced that they want to do more showings in the upcoming fall and winter. So please stay tuned and look out for more dates at the werk x Petersplatz. here is the link to my subpage of 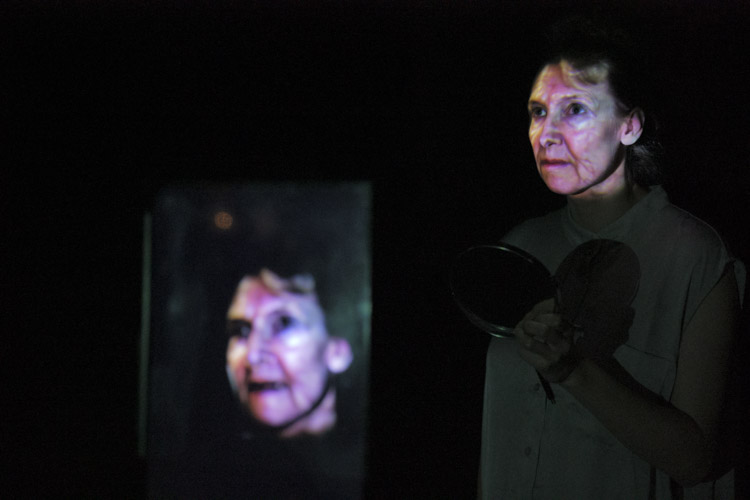 I am happy to announce the launch of four new compositions that I have been working on the last few month. The will be part of my upcoming fourth album. The working title for now is KMET “boundaries”. The four titles are: 1. Autonomie   2. Zerrlegungsbeauty   3. Ausgemacht   4. freeflaoting in my house   As in the past there is no specific style it can be tagged to, but they are all experimental pieces, working with different preparations of my instruments, with words, singing, different rhythms. Its been a real thrill to work on them.  I am great full that this work was supported by the MA7 – Kulturabteilung der Stadt Wien, especially in times of lockdowns and restrictions, that make it very difficult to work normally. Many thanks!

Radioplay of the month July

2021 is the year of new challenges. Its an honor to be in this jury for the “Deutsche Akademie der darstellenden Künste”  and select  the radio play of the month every four weeks. A wild  and challenging and fun journey to listen to many radisplays each month.   So this month its “Dankbarkeiten” after a book by Delphine de Vigan.  You can listen to it here  and read bit about it on the SWR website 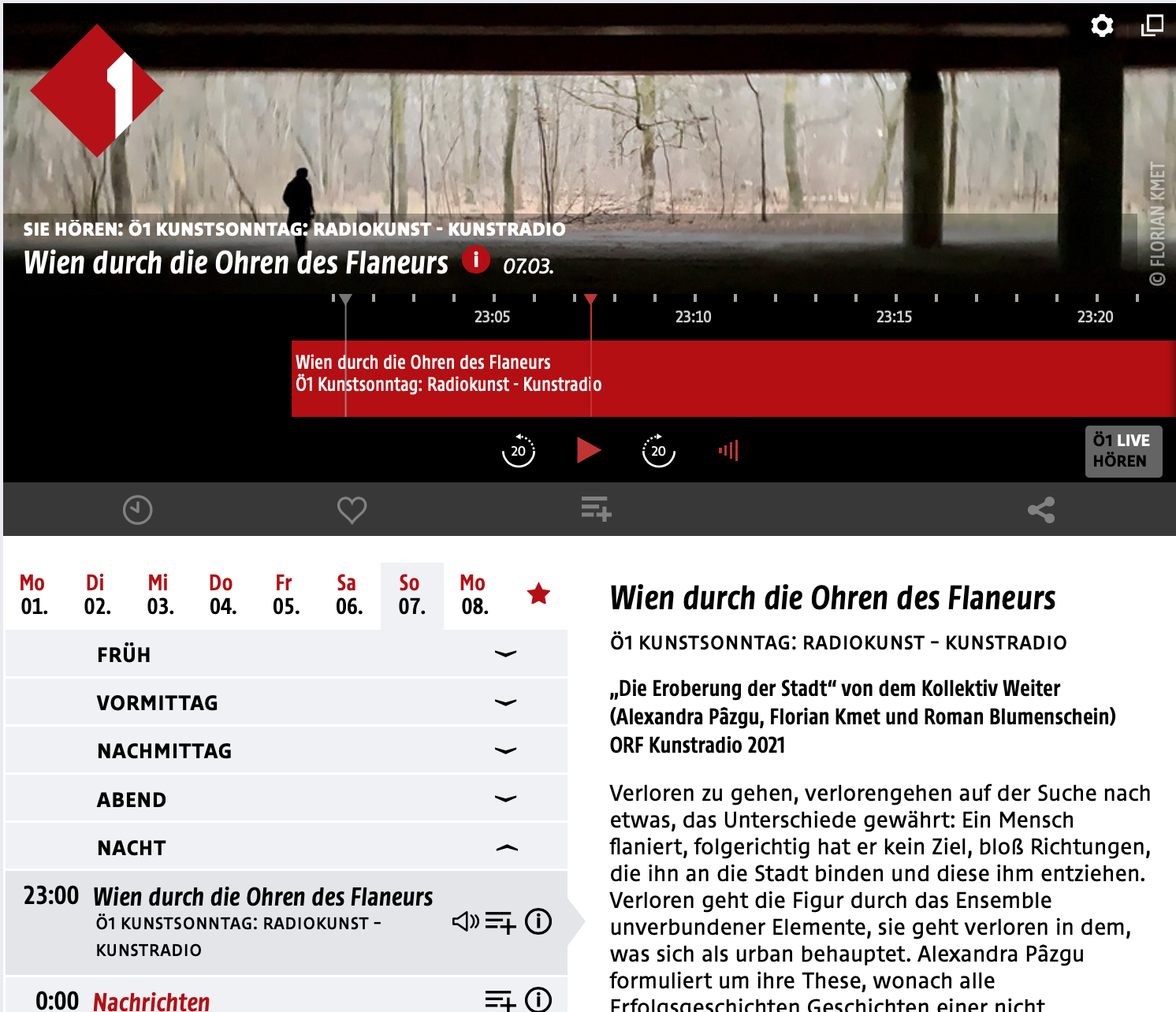 Very happy that our first original radio play is out there now! Take a listen to the full Radio play for another week now! stream of our play

The mighty Deutschlandfunk and Ruth Rousselange did a fabulous in depth portrait of it:

Many thanks to the wonderful team – Ö1, Elisabeth Zimmermann -production, Philip Scheiner -dramaturgy and the Kollektiv Weiter! Alexandra Pâzgu (words) and Roman Blumenschein(actor). It´s been a wonderful journey, many thanks! More to come…

I am very exited to finish a covid 19 project. Its the third video, or more a short film I did now. It was a centered around lower Austria. With a covid 19 funding I realized an Idea about making a musical “swab” of it, filming, doing field recordings( w. Ernst Reitermaiers support!) and producing music around and with the different scenes. My wish was to get answers about the lockdown, anticipations, how things went, to learn and listen and see.
I am exited that there will be a premiere with a live audience ! I will play a solo show at the Sonnenparkfest in St.Pölten on Saturday September 5th – and they also do a film screening, and I could sneak my film in there! many thanks about that flexibility! So I will post a link here on Sunday, after the premiere with the movie to stream for all those who could not make it on Saturday!
meanwhile let me post a few stills from the movie:

I am happy to be part of a Spielräume broadcast in Ö1. Michael Neuhauser curated this with pieces that gained light and depth in the corona crisis. I could finish two new pieces for this.

I am happy to announce to be part of the corona stage line up of derStandard. It´s been a fine platform to give musicians, writers and comedians a stage, since all real stages have been closed down for three weeks buy now. I find my self working in lockdown as a homeschooling teacher with 2 kids, a meal provider and musician off stage. So I was invited to finish a few pieces for Radio Ö1 which aired last Friday. Tomorrow Monday April 6th I will present 6 live recorded videos at derStandard stage. You can see it here

Very happy to announce that the fabulous WDR 3 has adopted our award winning Radio Play LEXIT – and will air it at prime time – coming Wednesday, January 22nd 2020 at 19:04. You can tune in here. More infos about the team and play here

Die Rückkehr der Yamaboushi oder Shifting Baselines by Ann Cotten is online now at the Podcast Ö1 – through the KHM website. Check it out ! It was a pleasure to work together.

new things on the horizon

Dear readers, there is many fine new things coming up. On December 14th at 2 p.m. there is the premiere of “six seasons”part two in Radio Ö1 – with the radio play “Die Rückkehr der Yamaboushi oder Shifting Baselines” written by Ann Cotten. I was invited to create music to the same painting Ann choose and created her story for. Philip Scheiner put music and text and actors together for this one. You can stream it here, and it will be online for a few weeks on the Ö1 Podacast. We are also starting to gather exiting ideas for a new radio play, writer Alexandra Pazgu and actor Roman Blumenschein. I am also very happy to be researching and thinking about a new play with Barbara Gassner and Ed Hauswirth after touring extensively with our piece ” Die andere Hälfte des Himmels”.

We are very happy to be choosen by the fabulous audience of Ö1 with our Radioplay LEXIT. We made the second price right after Superstar Felix Mitterer, who’s fan I have been ever since the launch of the Piefke Saga. Thanks to the fabulous Team of this production. It was a very uplifting experience and lots of fun ! 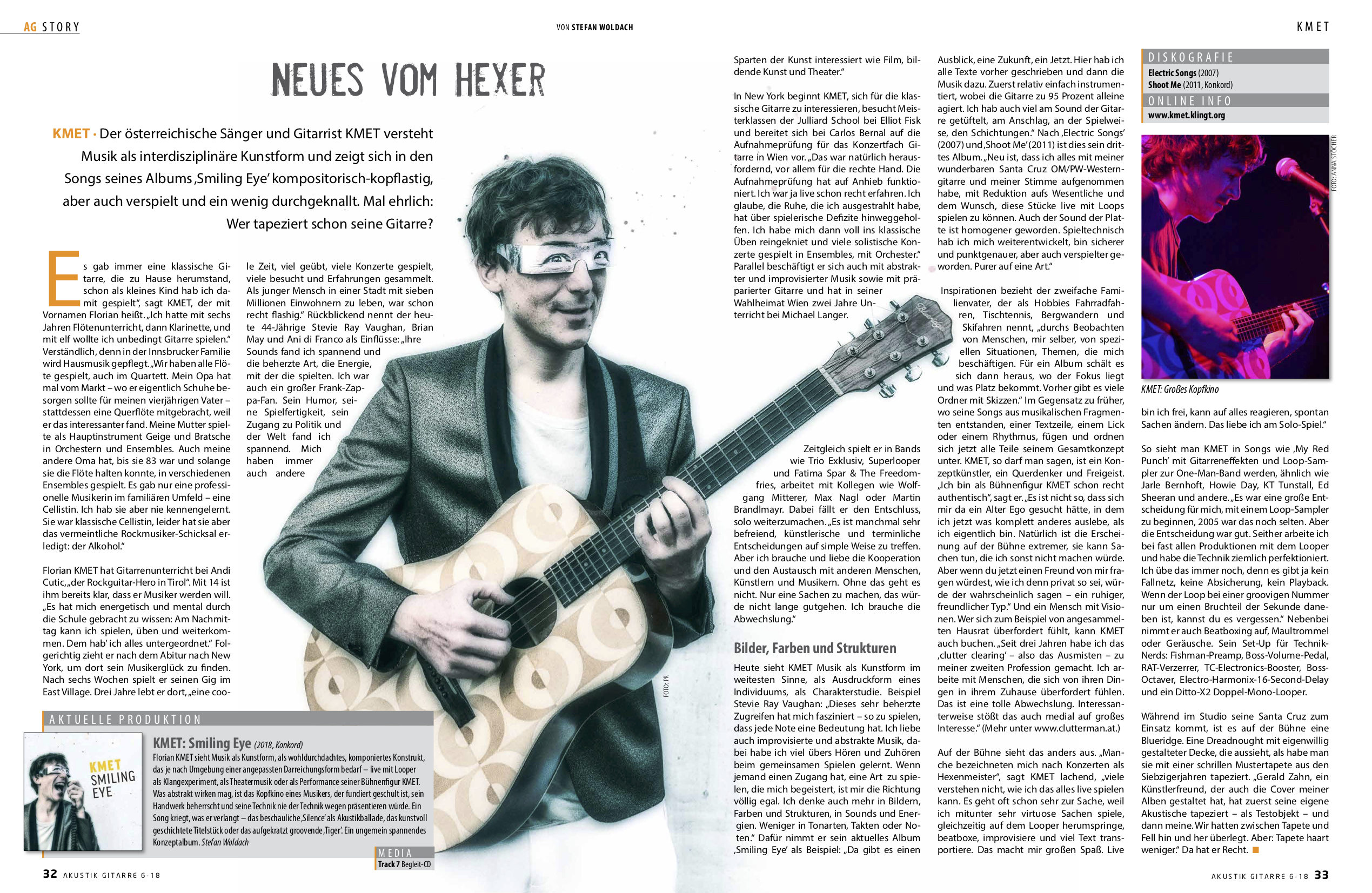 2018  has been a very colour and eventful one. I did compose music for a radio play for Ö1 called „LEXIT“ by Caroline Hofer, played multiple solo shows and showings of the theater play „Die andere Hälfte des Himmels“. The renowned German Magazin “Akustik Gitarre“ feature me in their fall edition in an article called „Neues vom Hexer“. It spans from childhood to my latest release, and is well written. Enjoy :-) !

“Just in time” is a short film and the summer project of my friends from 86/60 teaming up with programmer Stefan Grassberger. I could contribute original music to it.  So far the film has made it to different festivals and competitions. Now there is a series of showings -maybe also near you. 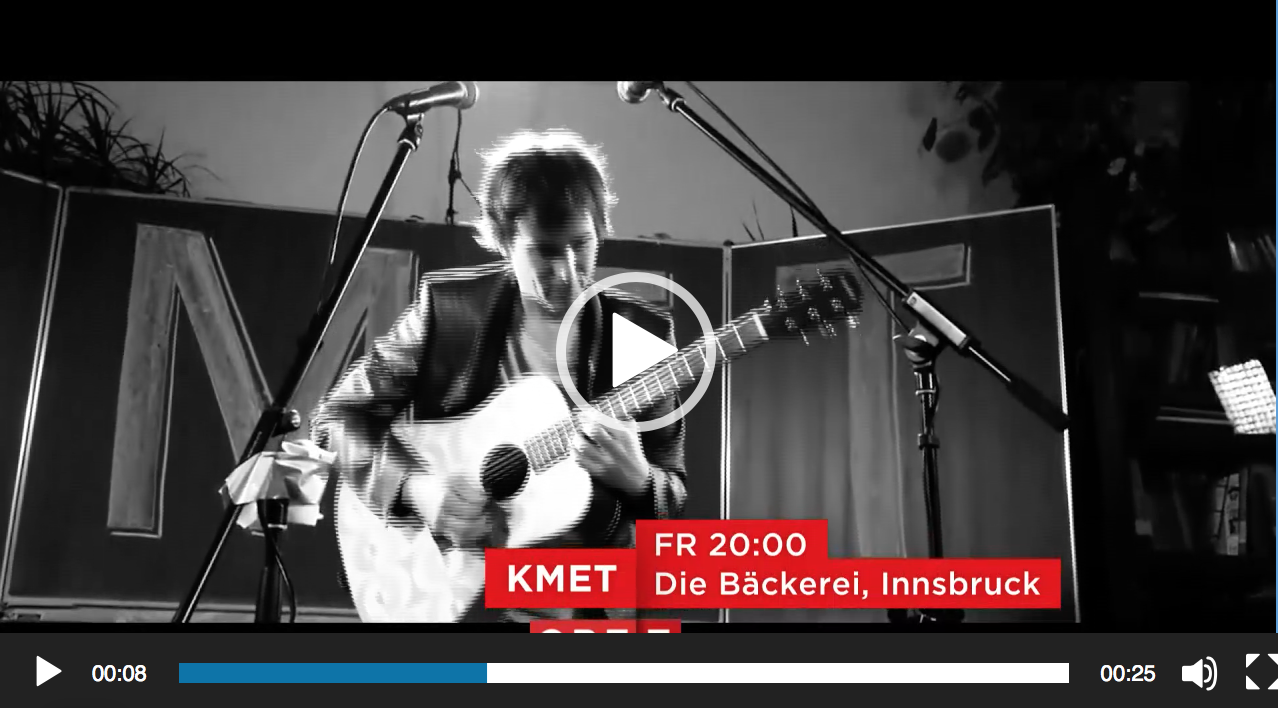 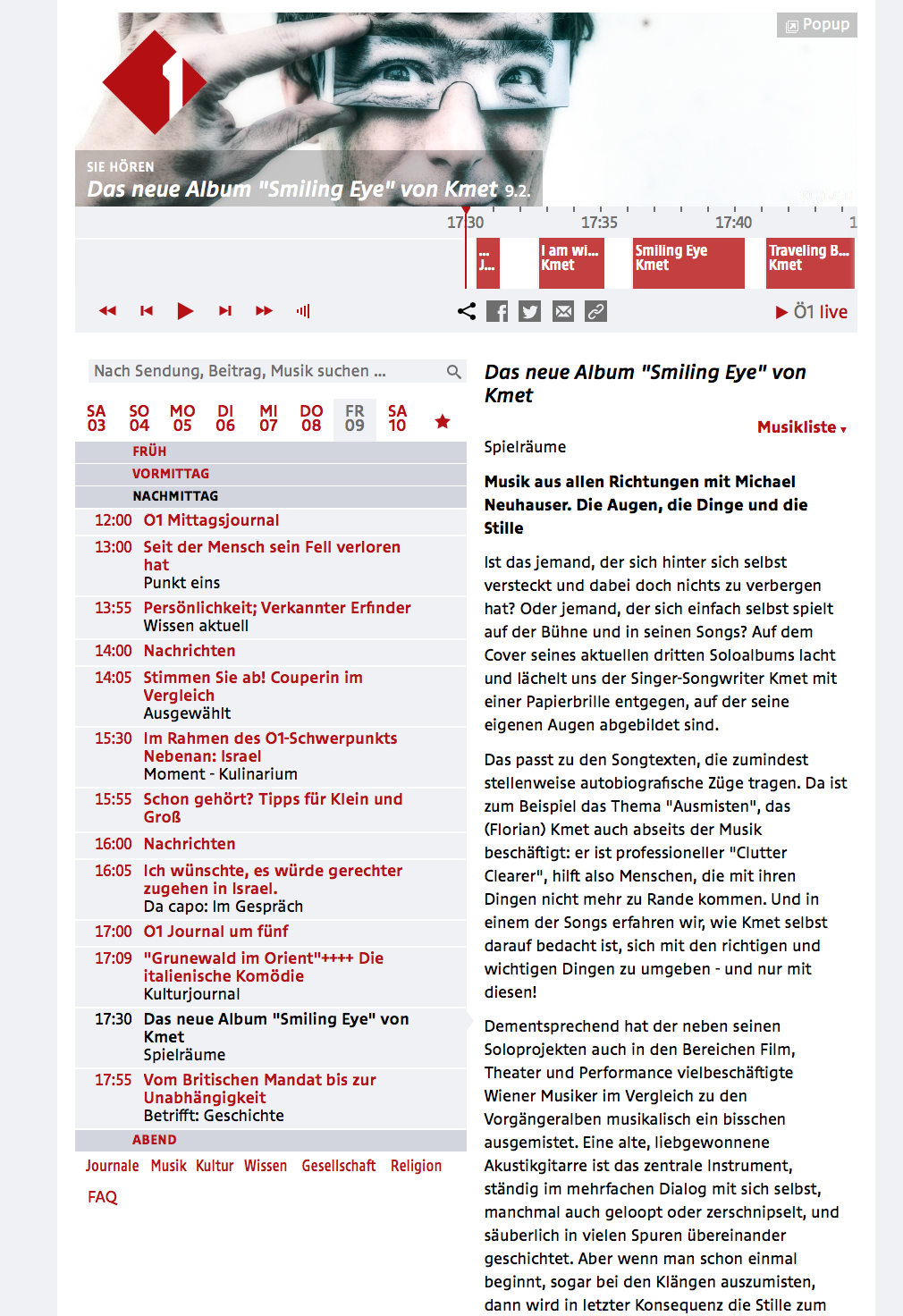 I am thrilled and honored – my favorite Radiostation Ö1 has dedicated a whole “Spielräume”  Radio broadcast to my upcoming album “smiling eye”. Michael Neuhauser, one of my favorite radio journalists, has produced a very personal and intimate piece of Radio. Please take a few minutes and listen to his and my work.
Spielräume “Die Dinge, die Augen, Die Stille”

It´s done ! We released SILENCE – a video to the first pre release single. And I really love it – done by my favorite web and photo designer 86/60 ! You can watch it here.  Also till the release there is a free download of the song at m labels band camp side – for free ! A new years starter gift. Get it here
The response has been really great so far, I am really happy.

So the next step will be the release of the second single, which is the song after which the album is named – “smiling eye” – So please don’t get confused…the single comes out on February 12th, the whole album on March 2nd with a live show at Radiokulturhaus Vienna. 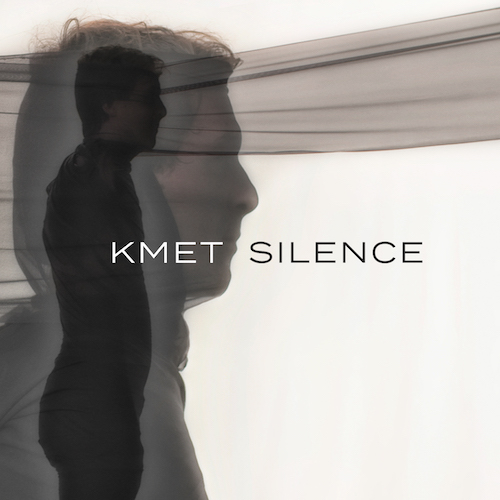